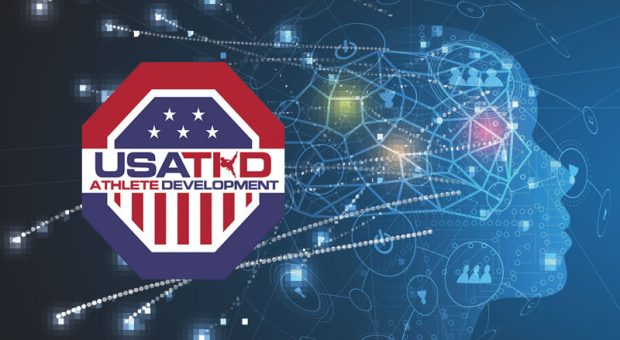 ETID has been developed to provide an unprecedented ability to accurately track player performances, support confident talent identification and deliver a centralized data management platform, both to the governing body AND its athletes. USA Taekwondo will use the service to identify and monitor athletes from across the United States and will provide statistics and coach feedback directly to the athlete via their own password protected athlete portal. All National, Regional (and ultimately state) level coaches will have access to the system to help assess and identify talent across the United States, and working closely with the athlete’s home coach, assist in the development of those athletes once they have been identified, with the ultimate goal being to have meaningful data on every talented athlete in the U.S. over time.

Every athlete who attends a USA Taekwondo run camp will receive their own athlete portal and receive feedback from the coaches – whether that is a Talent ID Camp, Prep Camp, Athlete Development Camp, Para camp, Poomsae Camp, Regional Camp or any other kind of event where they have direct interaction with coaches within our coaching structure. Additionally, coaches will be tasked with filing scouting reports from tournaments in the U.S. and around the world to build a complete picture of precisely where each athlete is at in terms of their own unique development pathway.

Along with providing an innovative and important new service directly to our athletes, ETID will provide USA Taekwondo with invaluable intelligence to make smart decisions and build depth across the different ages, divisions and disciplines, allowing for deeply data-driven talent identification, succession planning and Academy recruitment decisions. USA Taekwondo will use the system to begin to project future National, Regional or State team potential from as early an age as possible and will be able to compare athletes head to head, benchmark current elite level athletes, track rising stars and receive those all-important scouting reports from around the country. Additionally it will analyze the data to identify trends and patterns that could help to pinpoint the attributes that are common across outstanding taekwondo athletes as an indicator to identify potential future superstars earlier and more scientifically than ever before.

The system will launch in the coming weeks to ALL athletes who attended the first Talent ID Camp in California last December, so look out for an email to your registered address with details on how to sign in to your own personal portal. Next will be athletes who attend the second Talent ID camp in Florida next month, and more athletes will be added continuously from there as camps and tournaments happen.

USA Taekwondo High Performance Director May Spence said: “USA Taekwondo has never really run a modern high-performance department before, but all that is changing now, and fast. Depth is essential to our goal to Dominate in ’28 and the way to do that is first through talent identification as early as possible, then through high quality development and financial support to help our athletes maximize their potential. This partnership with ETID is another weapon to help us blow away that fog from around our athlete pipeline, provide constructive feedback and invaluable information to athletes and bring even more clarity and structure – that word we use all the time – to our programs.”

Ross Hamilton, Director of ETID, said: “We’re delighted to have USA Taekwondo join up with ETID. Having just launched their National Talent ID and Athlete Academy program it’s great to be able to assist them right from the start. Having such a customizable platform to record and interrogate their data will really give them the edge when it comes to talent identification and player development. It’s great to see USA Taekwondo on the forefront of adopting ETID as a technological solution and we are eager to see the continued success it brings them in the future.”

Steve McNally, USA Taekwondo Executive Director said: “This project is another significant investment in our U.S. athletes and coaches by the NGB, and another significant step towards our goal to dramatically increase our performances on the world stage. It’s an unprecedented opportunity for athletes and their coaches to work together with the governing body with a singular goal – to produce as many winning athletes for Team USA as possible. The first Talent ID camp provided us with a wealth of information that could and should be useful to both us and the attendees, now we have a great technology partner to help us both dissect and disseminate that kind of information effectively.”

Gloucestershire Cricket will use cutting-edge technology to track the performances of their young players after joining forces with Elite Talent ID (ETID).

The club – who are based at the Brightside Ground, Bristol – will adopt ETID’s performance-tracking database, for use in its Academy programme and junior age group teams.

The industry-first, customisable software allows Gloucestershire’s coaches to accurately track and record players’ performance through stats and video footage, to provide an unrivalled level of analysis.

Gloucestershire Second XI coach and Academy Director Owen Dawkins said: “Linking with Elite Talent ID is an exciting opportunity to help us develop the next generation.

“The scouting platform created enables all our County and District coaches the ability to feed in information and video footage of their players into a central pool which will help us to monitor their development.”

Gloucestershire Cricket has a proven record of developing its young players, with around half of Gloucestershire’s current first team squad having come through its Academy. Royal London One-Day cup winners Craig Miles, Jack Taylor, David Payne and Chris Dent are just some of the players to graduate from the Academy in recent years.

And Owen said the partnership with ETID would help the club strengthen its ability to identify, recruit and develop talented young cricketers for Gloucestershire and England.

He added: “We are always aiming to increase learning and knowledge in cricket and I feel Elite Talent ID is going to help us take that next step forwards in helping Gloucestershire’s young cricketers.

“Steve Cashmore and Ross Hamilton have spent almost a year getting this up and running. They deserve huge credit for the work they’ve done and I look forward to seeing it continue to develop.”

“We are delighted to announce this partnership with Gloucestershire. They have an outstanding Academy programme and we are very proud to offer a system that will continue to develop it into one of the best in the world.

“Gloucestershire were looking for a system to match their needs in a field where until now nothing existed and so we are very excited that, as our new Cricket Ambassadors, they can show what ETID can do for their club.

“It is great to see Gloucestershire at the forefront of adopting ETID as a technological solution and we are eager to see the success it brings them as a club.”

For more information follow us @EliteTalentID or visit our LinkedIn page. 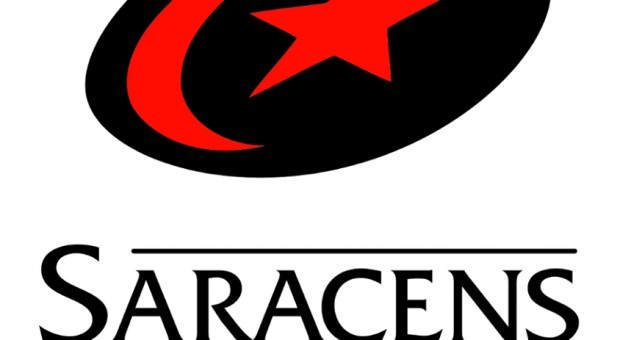 ETID are the creators of the industry-first, customisable, performance-tracking database, which has been adopted by Saracens for use in its Academy programme.

Saracens are widely renowned within sport as leaders in adopting technological developments to advance their best practices and keep driving forwards in this regard.

“Elite Talent ID is the perfect system to help us develop the tracking and long-term knowledge on our players. The structure of the programme along with ETID are really exciting projects that we plan will help us better manage the needs of the young athletes we work with.

We will use ETID to enable our staff to monitor players across the different environments that we work in. With the nature of working with players from the Developing Player Programme and the distances between each centre to have a central database accessible online by all our coaches and then players as well is an invaluable asset for us.

We are looking forward to working with ETID to, ultimately, better connect our pathways and accurately track our players of the future.”

“It’s an amazing achievement to have such a successful club in Saracens as our ambassadors.

We have had a long-standing relationship with the club and are delighted that we can help the Academy programme with their player identification and tracking.

It’s a great sign that the Premiership Champions are continually looking to develop their programmes to ensure more and more success in the future and ETID are proud to be a part of that.”

Saracens have wholly adopted ETID across departments including coaching, analysis, strength & conditioning and into the medical team as well.

Elite Talent ID looks forward to working closely with Saracens, while continuing to expand its innovative system to shape similar first-rate sports programmes around the world.

For more information go to www.elitetalentid.com follow us @EliteTalentID or visit our LinkedIn page.

"Congratulations to Peter and excited to continue supporting the SQ programme with our platform #performanceanalysis… https://t.co/aUsScSPruq"
130 days ago
"RT @RosscoHamilton: Unbelievable scoring between @londonirish and @BristolBears, final measure of their efficiency off the back of linebrea…"
over a year ago
"RT @RosscoHamilton: Red Zone Efficiency - points per entry to the opposition 22 - a measure of how clinical a team are. Pretty damning evid…"
over a year ago
"RT @Scotlandteam: 𝗞𝗲𝗲𝗽𝗶𝗻𝗴 𝗰𝗼𝗻𝗻𝗲𝗰𝘁𝗲𝗱 𝘄𝗶𝘁𝗵 𝗕𝗧 Hear from @Scotlandteam lead analyst on using technology from our principal partner @bt_uk dur…"
over a year ago
"RT @QBEeo: We worked with @dallaglio8 and @rosshamilton to develop the QBE Risk & Reward Index, which we launched today. We heard just how…"
over a year ago